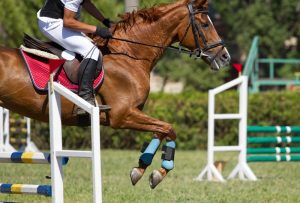 Mesotherapy is a series of microinjections that stimulate the mesoderm, the middle layer of the skin, of the back or neck to relieve muscle pain and inflammation which may be caused by arthritis or other sources of pain. This technique has been used in animals and humans since 1952 when Dr. M. Pistor of France originated the treatment.

We have used a combination of medications from homeopathic (Arnica) to traditional (steroids and lidocaine) for treatment that help to stimulate giant fibers. The giant nerve fibers communicate with major nerve tracts within the spinal cord and inhibit the conduction of pain signals to the brain. It has been useful in relieving muscle pain due to osteoarthritis of the spine ” kissing spines” and/or a lameness issue of the forelimb or hind limb.

The treatment is commonly provided one to two separate times with 1-2 months of rest in between and can be combined with shockwave therapy. However, the chronicity and condition will determine the success of treatment and number of treatments that may be helpful. The ultimate goal is to stop the pain spasm cycle.